The vulnerabilities brought by the new Trump administration together with the renegotiation of NAFTA and other political challenges, may be reasons why in 2017 respondents in the Americas plan to do more to protect their businesses  from risks arising from US protectionism. 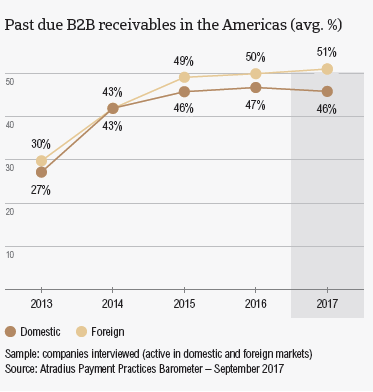 The most often cited reason for payment delays among B2B customers of respondents in the Americas remains insufficient availability of funds. 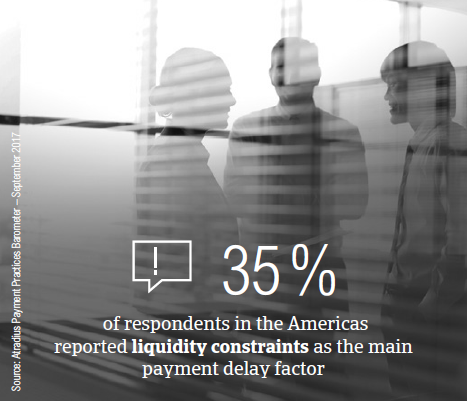 25.9% of respondents in the Americas plan to do more to protect their businesses from the impact of Brexit, the slowdown in Asia and US protectionism. This is a significantly higher percentage than that registered in Europe (15.5%) and may highlight the respondents’ perception that they are more exposed to the risks arising from these developments. 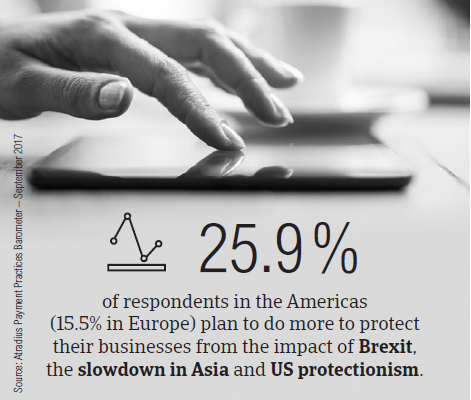 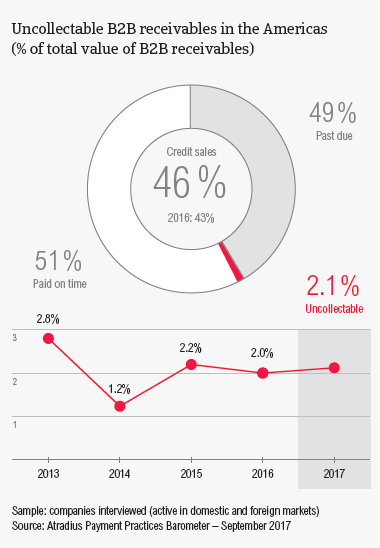 Looking ahead, more respondents in the Americas expect a small improvement than a deterioration in the payment behaviour of their B2B customers over the coming 12 months. 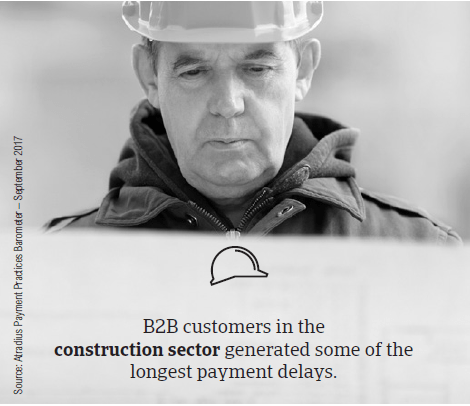 Besides the risk of a sales downturn, the economic policies of the Trump administration could pose a potential challenge for the US car industry.

In 2017, 92.7% of respondents in Brazil reported late payments from their domestic B2B customers and 86.5% in respect to their foreign B2B customers.