Growth is expected to remain above 3% in 2017 and 2018, but the economy remains vulnerable to adverse developments in the automotive sector. 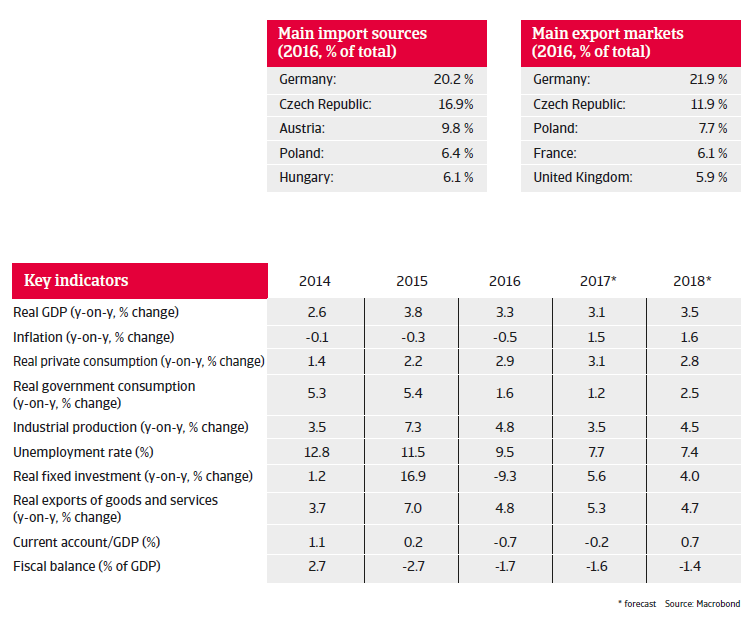 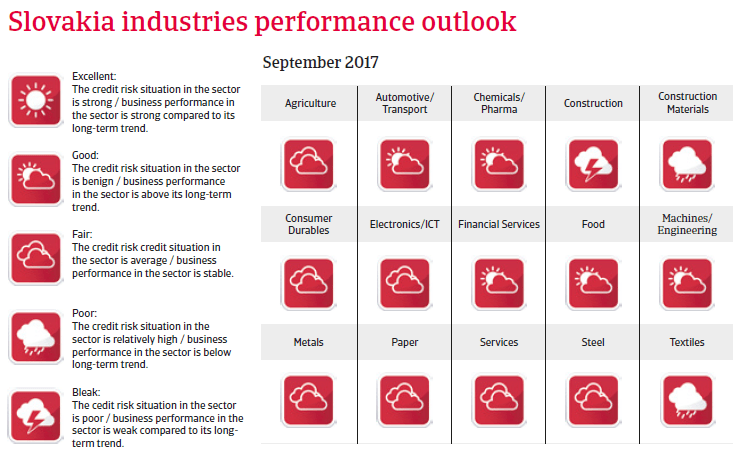 Ruling party lost its absolute majority in the March 2016 elections

In the March 2016 general elections, which were mainly focused on the European migrant crisis, the ruling social-democratic Smer-SD party lost more than 15% and its absolute majority in parliament, mainly at the expense of nationalist and right-wing parties. Despite the losses the Smer-SD remained the largest party in parliament and forms a coalition government together with the nationalist SNS party and the liberal conservative Most-Híd party. 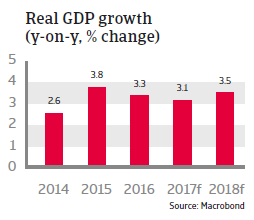 Private consumption is forecast to continue to be one of the primary drivers of the economic expansion, fueled by rising household incomes. The labour market shows strong improvement, with the unemployment rate expected to continue its decrease from 14.1% in 2013 to 7.7% in 2017 and 7.4% in 2018, mainly due to improving domestic economic conditions. 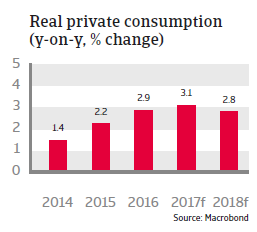 Exports are expected to continue to grow in 2017 and 2018, mainly driven by the favourable outlook of the automotive industry. Large foreign investments have increased productivity and export opportunities. Business investments and infrastructure spending is expected to grow.

Slovakia´s external economic position is solid. The current account deficit is expected to turn into a surplus in 2018.

As the Slovakian economy is heavily reliant on industrial exports (especially automotive related) to the eurozone and Germany in particular, it remains very vulnerable to a eurozone downturn and/or adverse developments in the automotive sector.

After an increase of almost five percentage points in 2016, the percentage of overdue B2B invoices in Eastern Europe decreased again this year (41.5%).

The first hint of spring is in the air leaving this Economic Outlook in a position of cautious optimism.