In 2020 household consumption is expected to accelerate, sustained by further decreasing unemployment, low inflation, and a minimum wage increase. 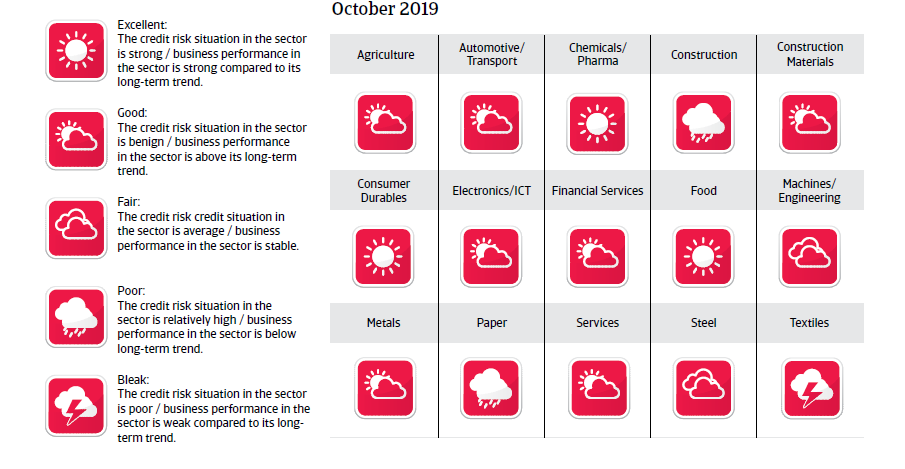 The July 2019 snap election was won by the centre-right New Democracy (ND) party with 39.9% of the votes, while the ruling leftist Syriza party gained 31.5%. Due to a 50 seats bonus attributable to the party winning most of the votes, ND is able to govern with an absolute majority (158 seats in the 300-member parliament).

The new government intends to increase economic growth by more business friendly policies. Cutting taxes, scaling back bureaucracy, selling public assets and the development of a land strip close to the Athens airport are major goals.

The rebound continues, albeit modestly

Economic growth in 2019 and 2020 will be mainly driven by domestic consumption, with increased business confidence and consumer confidence slowly rebounding. Investment is supported by reduced political uncertainty after the elections and banks resumption of lending (although offloading the very high amount of non-performing loans is still proceeding at a slow pace). In 2020 household consumption is expected to accelerate, sustained by further decreasing unemployment, low inflation, and a minimum wage increase that benefits about 600,000 employees.

That said, exports are increasingly affected by decreasing Eurozone demand, and income growth from tourism will be lower as Turkey has regained some of its lost competitiveness in this field.

Since 2010, Greece´s real effective exchange rate has improved by more than 12%, leading to increased international competiveness. Against the background of rising nominal wages elsewhere in the eurozone the recent minimum wage increase is no real threat to competitiveness, at least not in the short-term. However, the potential of a return to collective agreements is a risk.

Yields on Greek bonds have further eased since 2018, and in March 2019 Athens managed to raise EUR 2.5 billion with a 10-year bond issue, the first since the start of the crisis in 2010. Greece concluded the ESM program in August 2018, without the option for a precautionary line of credit. However, the country has agreed with its creditors to continue implementing the agreed reforms under the program. Athens has committed itself to annual primary budget surpluses (before debt-servicing costs) of 3.5% of GDP until 2022. The 2018 fiscal balance recorded a surplus of 1.1% of GDP, for the third time in a row, and a primary surplus of even 4.3% of GDP. This overachievement was due to continued under-execution of spending ceilings, notably on public investment.

However, the risk of missing the primary surplus target has increased, due to a recent court ruling against the 2012 pension cuts and the pending Council of State ruling on pension reform. Other issues are potential contingent liabilities related to the banking sector and plans by the new government to cut taxes in order to accelerate economic growth.

The public debt level peaked in 2016 at 181% of GDP and has decreased since then, expected to reach 172% of GDP in 2020, which is still unsustainably high. Even assuming further debt relief from the Eurogroup in the early 2030s, the level will remain above 100% until 2048.

The privatisation process has been slow so far, with the initial target of EUR 50 billion in proceeds adjusted downwards several times. So far, an estimated amount of Euro 5.5 billion has been achieved. 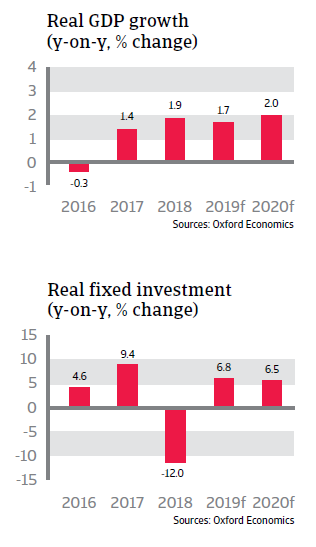 Financial conditions in Turkey will be tighter in the coming months.

Greece: heavily impacted by past due B2B invoices

Despite already posting the highest proportion of uncollectable receivables in the region, Greece’s average rose to 2.8% in 2018 from 2.5% in 2017.