The slowdown in the economy has affected Brazil’s automotive sector and payment delays and defaults are expected to worsen in the coming months. 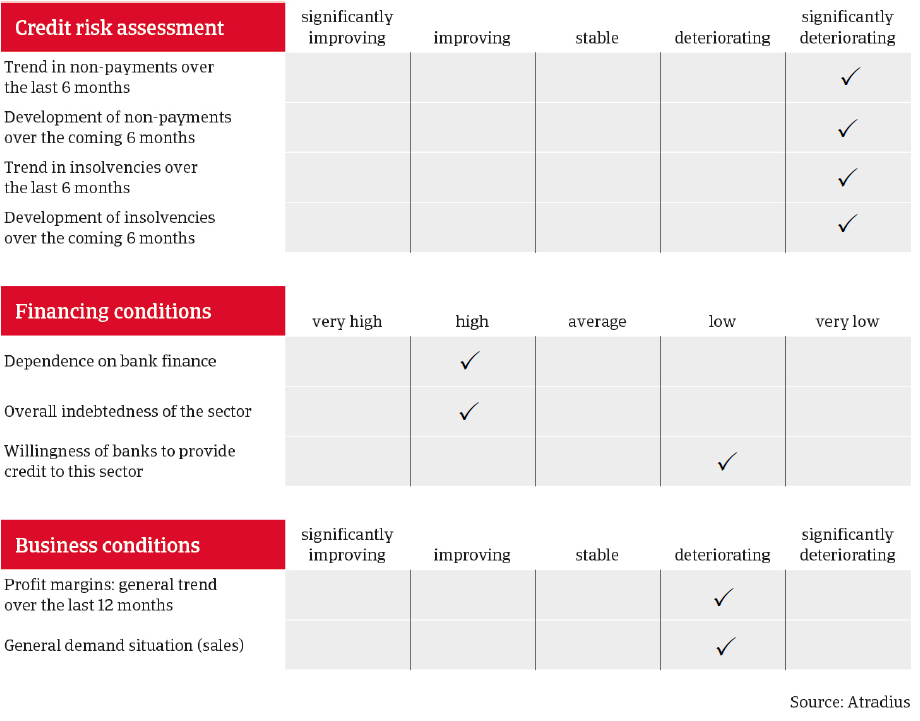 The automotive sector has been severely hit by the slowdown in the Brazilian economy, which is expected to grow only 0.7% in 2014. Brazil is on the brink of recession because of a contraction in industrial production and slower than anticipated job growth. Lower growth, higher inflation and the ending of the Brazilian economic model based on subsidized consumption are having an impact on the whole automotive sector value chain: from the spare parts producers to car manufacturers and sellers. Scarce credit and reduced consumer spending power have hurt overall sales in a market that until recently was expected to be one of the world´s fastest growing car markets.

As well as the economic slowdown, a recent change in security features has increased the price of cars, adding one more stumbling block for sales and also affecting the aftermarket segment. The appreciation of the real has made the import of cars and car parts even more expensive: importing cars into Brazil has always been more expensive due to the high tax rates used to encourage foreign companies to establish local production plants.

A further complication is the low rate of vehicle repossession – 20% - in cases of default. Banks take two years, on average, to conclude the repossession process: one reason why banks are restrictive in granting loans for car purchase. Since this is an important factor in buying a car, a drop in car loans of more than 10% creates a further slowdown in sales.


Domestic car production is also affected by the deteriorating economic situation in neighbouring Argentina: the main market for Brazilian car exports. The trade flow between these two countries is affected by the restrictions on the freeing of dollars in Argentina to pay for its imports. Against this backdrop, it is unsurprising that margins have been squeezed in an attempt to boost sales volumes. The car industry’s high fixed costs mean that maintaining volumes is essential and this has put pressure on suppliers and spare parts producers that have heavy financial structures and growing debts to service.

Average payment times in this sector differ widely along the value chain: from 60 to 120 days. Car manufacturers normally have very long payment terms with their suppliers - even exceeding 120 days - while steel/metal producers usually ask for shorter payment terms for sales to suppliers/spare parts producers, adding to the pressure on them in terms of cash flow and high interest rates.

Given the current problems along the whole automotive value chain, we expect both payment delays and defaults to continue to worsen markedly in the coming months. As a result our current underwriting stance is cautious.

Over 50% of very late payments went uncollected by businesses in the Americas.

Doing business in Brazil can be challenging if you’re not used to the local business environment. The ten principles set out in this report can help make trading relationships lasting and successful.

The ICT sector has seen a decline due to the economic downturn in Brazil, with decreasing demand, exchange rate volatility and high interest rates.