After the resignation of Prime Minister Renzi following the constitutional referendum in December 2016, Italy is likely to hold elections this summer. Business insolvencies declined 7% in 2016 but the insolvency level is forecast to remain unchanged this year. Changes may occur based on the outcome of the elections and due to other events on the eurozone political calendar. 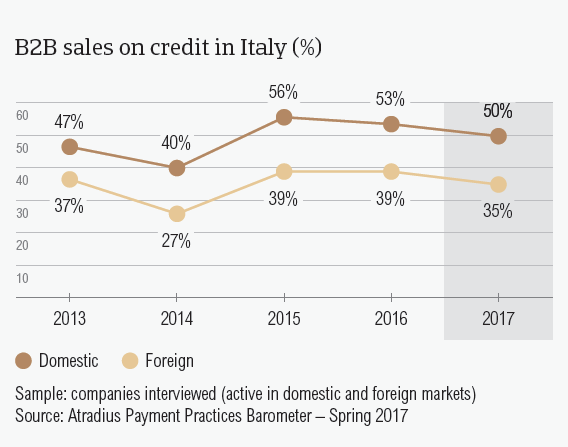 In 2017, a lower percentage of Italian respondents reported late payments than in 2016. Domestic and foreign overdue B2B invoices decreased compared to 2016 levels.

Despite already being some of the longest in Europe, in 2017, the average payment terms of respondents in Italy increased. Payment delays by domestic B2B customers also increased slightly. 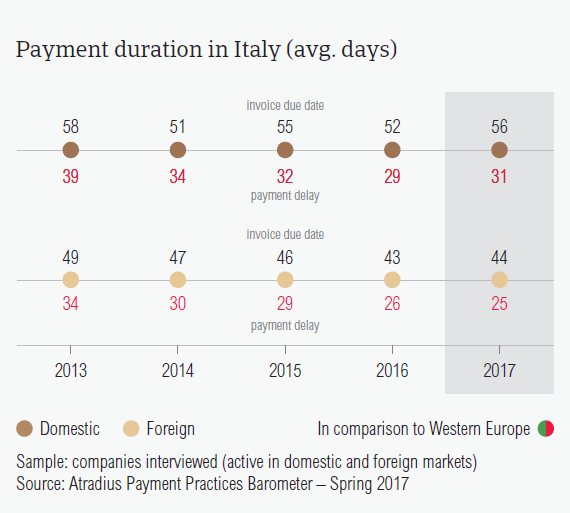 Among the Western European countries surveyed, Italy had the highest percentage of respondents reporting payment delays from their domestic B2B customers due to insufficient availability of funds.

21.9% of respondents in Italy said they will take more precautions to protect their business from the potential impact of late payments stemming from Brexit, the slowdown in Asia and US protectionism. 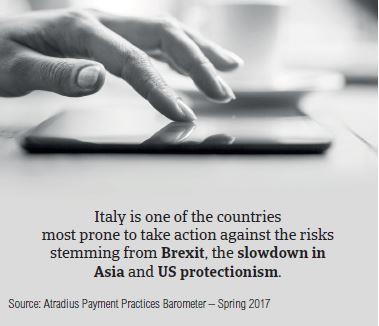 The percentage of the total value of B2B receivables reported by suppliers in Italy as being written off as uncollectable (2%) is among the highest in the region.

46% of respondents in Italy said that they expect a deterioration in the payment behaviour of their B2B customers over the coming 12 months. 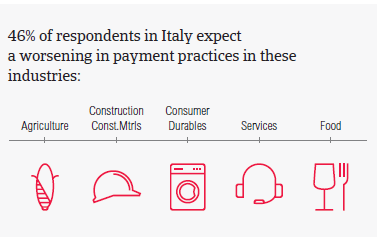 Italy is expected to see only a modest insolvency decrease in 2016 after years of steady increases. This is in line with the modest economic rebound.